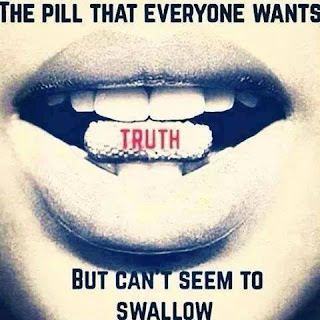 Dear Moody's has morphed into Dear Moody's, Dear Fitch Ratings and Dear Standard and Poor's (S&P) because Dear Moody's is asking Moody's NOT to Downgrade South Africa's Sovereign Rating to "Non Investment Grade" (also known as "Junk" Status; "Junk Bonds" are an example of what happens when an investment loses its investment value), whilst Dear Fitch Ratings and Dear S&P are asking Fitch and S&P to UPGRADE South Africa from Junk to Investment Grade.
How can a Scientist with an MBA expect to get acknowledged by world renowned Actuaries and Economists and Chief Economists and the WEF and the UN and the World Bank and the World's top three Ratings Agencies? Why not? My motto is "if you don't try you won't know."
I'm not trying to sell anything. Actually I'm not selling a product. I am selling a "new" way of thinking, and I'm trying to Emerge something that is Common (known to everyone) Knowledge, but which is currently Hidden. When you hear about something you didn't know about, suddenly you see it everywhere.
This new way of thinking is known to people like me. But it is currently not in the global Collective Unconscious. In order for it to get into the collective unconscious, it must first get into the collective conscious. And in order for this to happen, in the modern, 21st Century world, it must "go viral." The global influencers must hear it, see it, internalise it, actualise it, and speak about it. It must be whispered behind closed doors, in their houses, and then spoken about with their friends, in their towns, their colleagues in their organisations and businesses and eventually it must be surfaced and spoken about collectively.
When someone hears something and understands it, they say "I see". This is because they see the significance of the something in their mind's eye.
My job on Planet Earth is to see Patterns and to Emerge these Patterns so that people observing them become Enlightened. The patterns emerge out of the depths and when these patterns see the light, they are "enlightened" and if people don't ignore these enlightenments, then these people lose their ignorance and they remember (re member; put together) things that were hidden from them. Ignore something and remain Ignorant. Forget something and become forgetful. Put things together and remember, and make whole. And once things are whole they are Shalem (whole in Hebrew) and a word with the same Consonants in Hebrew as Shalem is Shalom. And Shalom means Peace. Peace to you when I see you (Hello). Peace to you when I say Goodbye (God Bless You). If we want peace, we must stop ignoring. That is the very first step. But most people ignore because facing reality is difficult. Very difficult. Reality is real. And it is so much easier to play a computer game or disappear in a movie or escape in a theme park, or on a cruise, rather than LMA. LMA is my new acronym for Leave Me Alone. We are trained, or brainwashed, or socialised, or taught to always be outgoing, to work in teams, to be outgoing. But when we are left alone, or when we make time for ourselves, for our-selfs, for our-souls, truly extraordinary things can happen. Extraordinary is ordinary with a bit extra.
On a more mundane note:
Just to let everyone know that I have turned off the PodCasts at that was costing me R500 per month and much more people were watching the videos, probably because they refer to South Africa's Policy, Law, Translation and Commentary Documents.
The YouTube Videos will remain and the link to the entire series (playlist) is http://bit.ly/dearmoodys or https://www.youtube.com/watch?v=xh2PlD_hGts&list=PLSGT47wNRf_MoqvMpG8Ssw9zEjrQ6rui1

Popular posts from this blog

We need to understand the difference between a Puzzle and a Mystery. A Puzzle is when you put the 1000 pieces together and there is a missing piece. You know exactly what is missing. A Mystery is where you have all the information, but you don’t know where to look. This is where we are today, and hence why Computer Scientists are now called Data Scientists. We have everything at our fingertips. A device you carry in your hand has all the information that has ever been invented on it; it can take you places; phone anyone in the world; look at colour maps and drawings of anything. And for free! Or it seems free until you are looking for the needle in the haystack. And when you want to find that needle fast, you need to find the person who can find it for or with you and wouldn’t you say that they should be compensated for that gift that they bring you?

Nuclear or Coal Power or The Roof Top Owner Utility?

November 23, 2013
Preface
My name is David Lipschitz. I am a software developer and a researcher, researching Energy in its widest possible sense, but narrowed to Energy used by the people of South Africa, Namibia and Lesotho. I bring you Powerful Energy Knowledge based on my knowledge, based on Software, Energy and Power. Introduction
This article represents a Balance Sheet, taken on 23rd November 2013, of my knowledge and making recommendations as to how I see rapid sustainable employment in Southern Africa and the world.

Take and Give. Pesach and Redemption.

Normally we are told to give and take.

It is interesting because our very first breath after we are born is an out breath, not an in breath.

Although this is counter-intuitive, Kabbalistically we are told that the reason for this is because we are givers before we are takers.

My ex-wfie was a taker. I am a giver. It was a recipe for disaster. When people ask me for marriage advice, I say you must both be takers, like my parents, or both be givers, like my wife, Mirjana, and I. A giver and taker? Difficult. The giver gives until there is nothing left to give, and then the giver gives their soul, and becomes a slave.
Perhaps I should have called this article Take and Take.

This is how my world seems at the moment. My world is the day to day world of life in South Africa.

It seems to me that Colonialism (defined narrowly (locally, micro, in my mind) or broadly (normally, macro, in the world)) involves pushing people down, making them feel insecure, making their self-esteem non-e…
Post a Comment
Read more